skip to main | skip to sidebar

Starflight: No Game Was Green Before

Starflight enthralled me 20 years ago with a vast galaxy of perils and wonders to discover. As a child space captain trying not to get brutally killed, I probably overlooked the game's environmental message. The message is clear to me now in my eco-anxious adulthood, and I find it growing more relevant with each passing ice shelf.

You start the game trying to earn enough money to keep your ship profitable and your crew alive, but soon find that you have a bigger problem. Stars at one end of the galactic map are mysteriously flaring, wiping out all life on their planets. The phenomenon is spreading across the map and will hit your homeworld if you don't stop it in time. 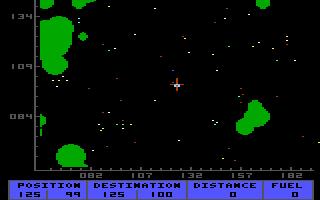 When you finally look behind the wizard's curtain, you discover that the stellar flares are caused by the widespread use of Endurium as starship fuel. Endurium, the wondrous crystal that has allowed sentient races to reach the stars, means the death of those races if they continue to burn it. 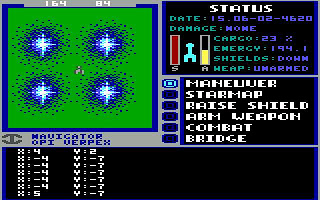 The real-world parallel of Endurium is, of course, fossil fuels. Coal, petroleum and natural gas are wondrous substances hundreds of millions of years in the making. Incredibly rich in energy and easy to extract, refine, and combust, these fuels have helped humanity expand and develop very quickly. But extracting and refining them cause environmental problems locally, and burning them contributes significantly to global warming. The "stellar warming" in Starflight has exterminated some species and forced others to relocate; similarly, global warming may endanger many species on Earth and even displace human populations. 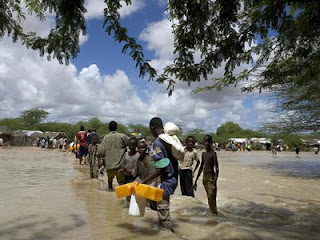 I asked Greg Johnson, a chief designer of the Starflight games, whether the environmental message was intentional. He replied that although it was, "that theme wasn’t as topical as it is today because we simply didn’t know as much about our effect on the environment." Despite its galactic scale and quirky aliens, Starflight could be the first, most prescient computer game about environmental impact. 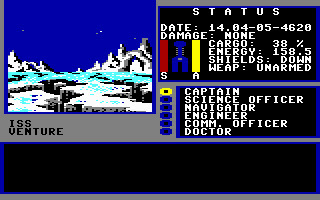 By the time of Starflight 2: Trade Routes of the Cloud Nebula, Endurium has been banned and replaced with a fuel called Shyneum. Shyneum is safer to burn but a lot more difficult to obtain, which is a problem comparable to our real-world struggle to find alternatives to fossil fuels. The new threat to the galaxy is an enormous sentient entity that mind-controls other races. Caught up in the drama of the story, I had wrongly assumed that this entity was merely cruel and vindictive. "We and the other life-forms were akin to infections inside of its vast body," Greg points out, "and it would take over entire sentient races and use them essentially as antibodies." 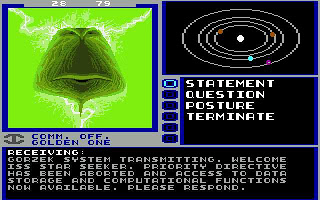 That sounds a lot like the Gaia hypothesis that envisions Earth as an organism, reacting to its inhabitants' actions as it attempts to maintain a surface equilibrium. This hypothesis comes up again in Sid Meier's Alpha Centauri when the planet you've settled emerges as a rival faction to correct your environmental offenses. The way in which you resolve the Gaian threat in Alpha Centauri contrasts quite interestingly with the blazing outcome of Starflight 2, and I will write about its environmental implications in a later post about the Civilization games. 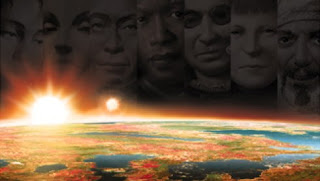 Even while you're exploring a planet in your little rover, Starflight demonstrates the importance of awareness and education to environmentalism. The local flora and fauna are not merely cute little icons. When you scan a life-form, the readout informs you about its size, shape, and behavior. More than just "flavor text," the descriptions indicate the creature's value and role in the local ecosystem. You can capture specimens and sell them to the scientists on your homeworld, but only once per species. These activities remind me of real-life zoos and exploratory activities such as safaris and scuba diving. We might be doing (hopefully minor) damage to habitats by satisfying our curiosity, but what we learn may motivate us to preserve biodiversity and take faster action against global (or stellar) warming. 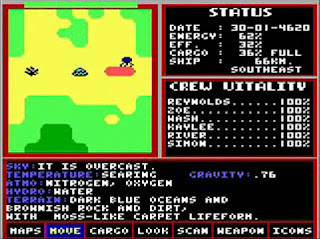 Incidentally, there's a lot more money to be made in Starflight by mining than capturing life-forms. The richest mineral deposits, however, tend to be far from creature habitats. There are also lots of mineral-dense planets where there is no life to disturb. Perhaps, in the actual future, humanity will be able to satisfy its mineral and energy needs by mining the moon and asteroids, leaving our wildlife alone to flourish. 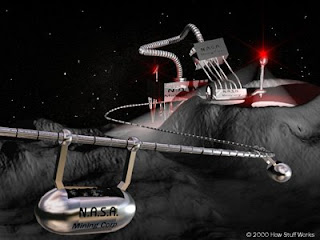 The Starflight games, like earth science, challenge us to unfold mysteries. In the process of doing so, we challenge our assumptions about our ecosystem and the effect we have on it. We are forced to realize that living here means curbing our other interests, and external threats may be rooted in our own actions. "In both games," says Greg, "I suppose you could say the strongest theme is the one of perspective. We start out assuming something else is evil, only to discover that we simply didn’t understand the perspective of the 'other.'" Only by seeing from the perspective of the other can we fully see, and save, ourselves. 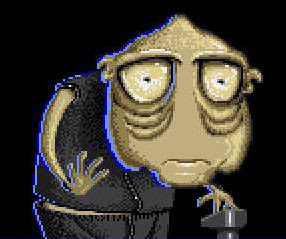 Hipolito
Hipolito is an environmental professional and game enthusiast. He is a member of the Octopus Overlords forum.